I never thought I would see a Gray Montblanc, never thought they existed until I came across one while browsing eBay. But here it is. A Vintage Gray 342 Montblanc.

It’s on the small side, but it still fits quite nicely in my hand, and it’s very light. And the very best part, is that for a Montblanc, it was surprisingly inexpensive. Now I don’t know if that was because they just generally aren’t expensive, or if the seller under valued the pen. But I haven’t seen very many gray Montblanc pens, before or since.

Luckily the nib, was already quite broad. I mean I would have purchased it regardless, but lucky for me it already had the type of nib that I appreciate most. And that nib, has a nice amount of flex to it too. 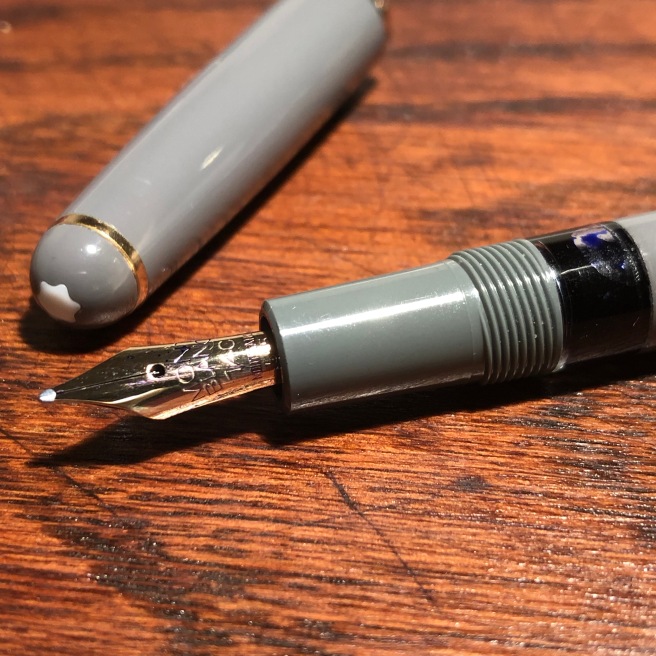 This vintage pen is also a piston filler, which I quite like, but does make it slightly more difficult to clean. But that’s about all the negative I have to say about this pen.

It’s cute, it’s light, and it writes. What else could I possibly need? Everything else is gravy.

I did a little digging, and I found out that this particular pen, also comes in Green, and Red. So don’t be surprised if you see those pop up on eBay either. 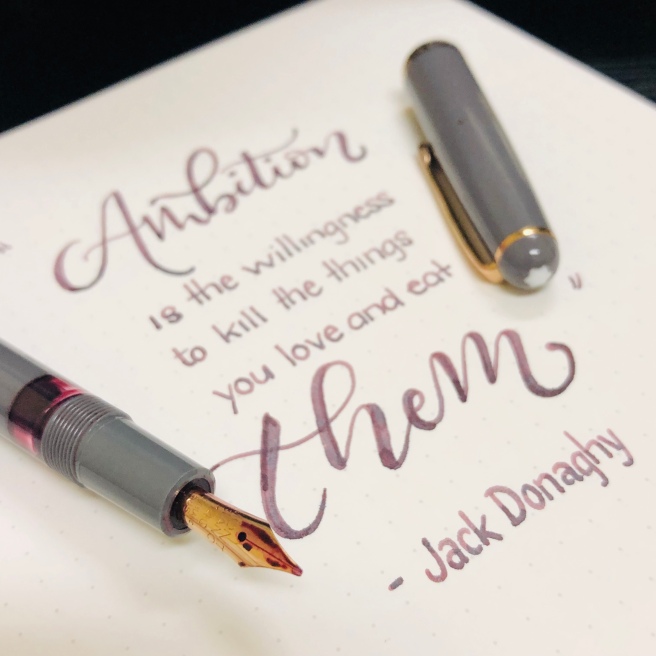 I can’t tell you how to spend your money, but I can say that this wouldn’t be the worst way.