So Stone paper. Yea, it exists.

I’m a big fan of uber smooth paper. My favorite ultra smooth paper is the Apica C.D. Premium paper, and it works well with most fountain pens. So I wanted to try stone paper because ultra smooth is one of the characteristics for it. I also heard that it didn’t take ink very well and that the best pens to use with stone paper were ballpoint pens and pencils. That’s just sad, so I had to test it out. 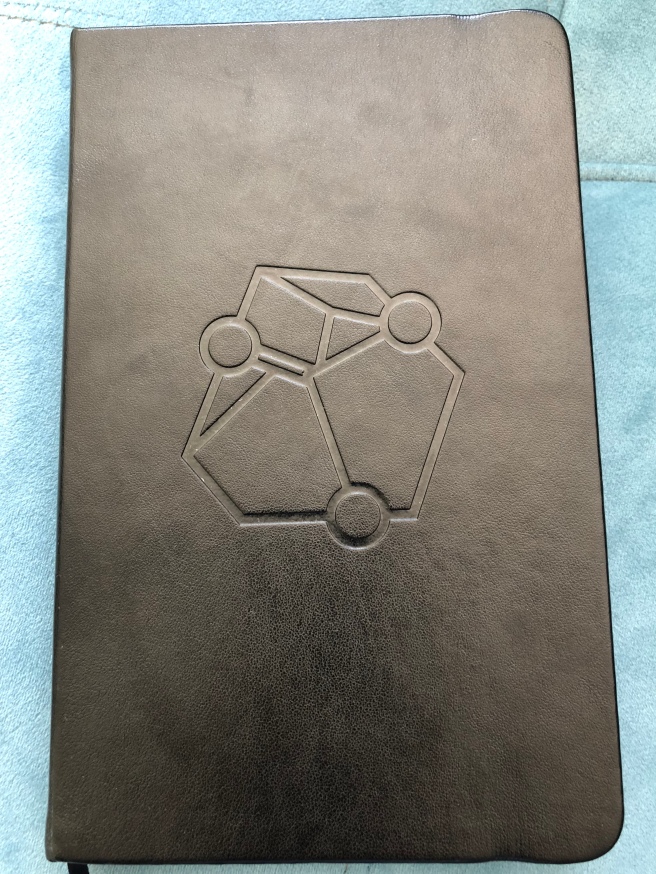 Immediately I noticed that yea, the paper is very smooth and it almost feels like plastic, but not. It’s a very interesting texture. So I took it to work with me and I tested out most of my pens, and a good variety of inks. What I noticed was that some inks worked better than others.

Noodler’s ink was not one of the ink that worked well with the notebook. Below I used Noodler’s Tchaikovsky and it took almost 1 hour plus to dry. Even after that, it left an imprint on the first page after I closed the notebook. 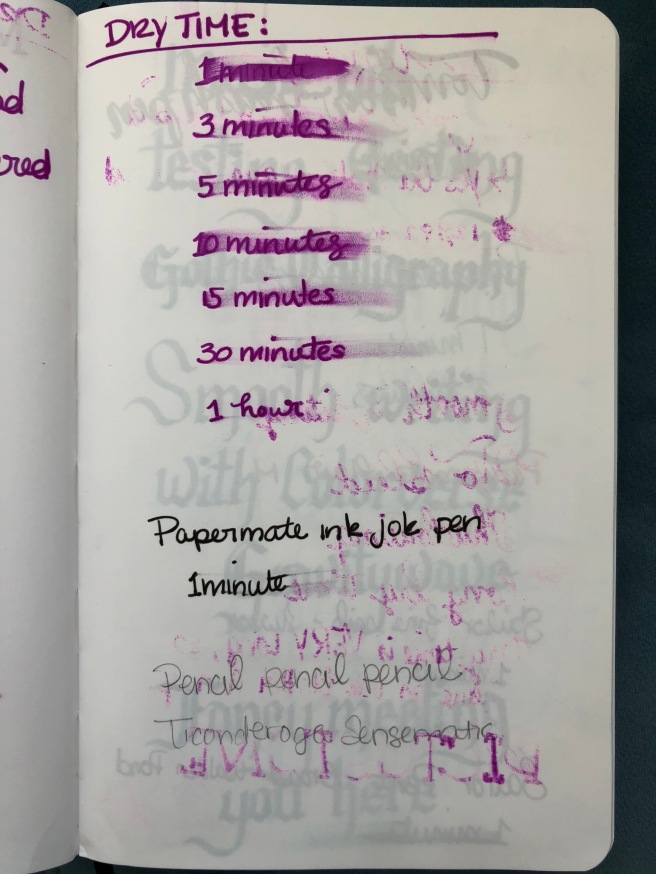 The Papermate inkjoy pen took a little over 1 minute to dry and pencil worked the best. The tomboy brush pen worked really well too, it dried quickly and didn’t leave an imprint. Basically, if it’s a ballpoint pen, it’ll do great with this notebook. But that’s not my jam, so I continued testing more fountain pen inks.

Noodler’s fox red with a broad nib, is an all around fail.

Pilot Iroshizuku inks did surprisingly well, no matter the nib size. I used Yu-yake and Kosumosu and they both dried fairly quickly, with no feathering or smudging.

Although using an ink blotter would not be remiss. 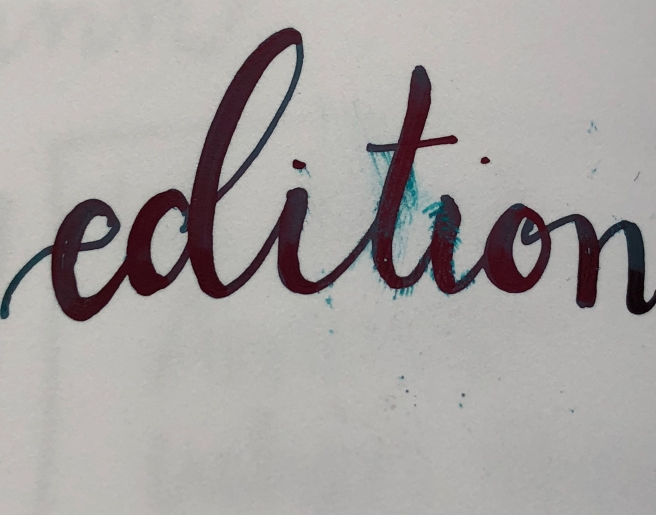 Other than with the Pilot iroshizuku ink, nib size matters. Smaller nibs mean the ink dries faster on the paper. Fine and Medium Fine nibs mean you could probably use whatever ink you want to. 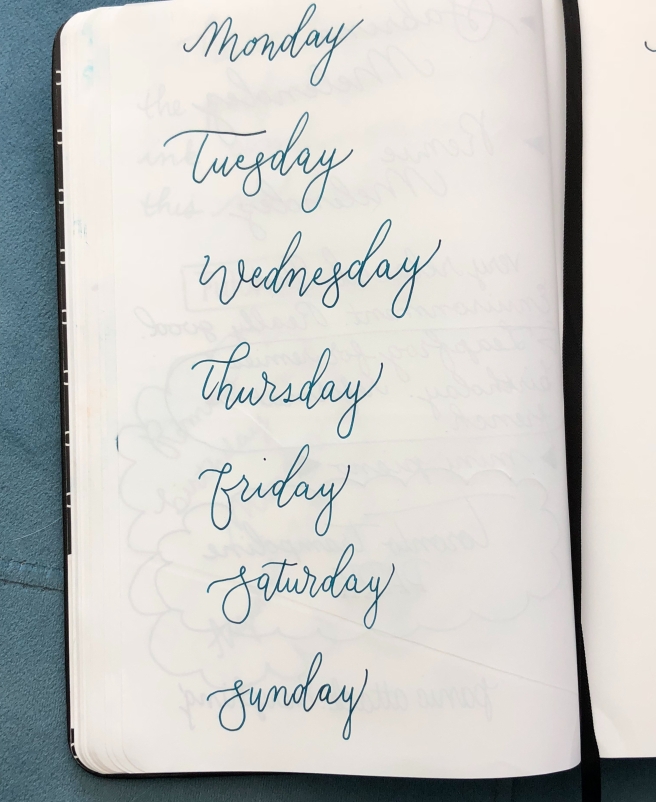 Even so, if you have sweaty hands for any reason and you touch a page, you’ll likely smudge any ink present, even pilot ink.

So is stone paper fountain pen friendly? Nope. But it’s so smooth and interesting to use, that who cares. It’s worth a try. And as someone who hates using pencils, this notebook is soooo great to use with pencil.

Note that the paper indents very easily so don’t press hard unless you have a writing Mat under the next page.

It is a pretty pricey notebook though for $26+ on Amazon. So I would be very circumspect about purchasing this notebook. If you like using pencils and ballpoint pens, you’re in for a treat. If, like myself, you just want to write nonsense in it, than I’m sure you’ll enjoy that too. But also invest in an ink blotter just in case ;).