When I was a kid my Dad bought me a glass pen from a road side vendor in Venice Italy, but I had no idea what to do with it. I didn’t really understand the idea of dipping the nib in ink and writing with it. It was a beautiful pen made of blue glass and gold flecks. In the end I considered it more decorative than anything else.

That isn’t the case with the FireSpider Glass pen I only recently purchased. Not only is it beautiful and worthy of being on display, but it’s as functional as any dip pen I’ve ever used, if not more so. 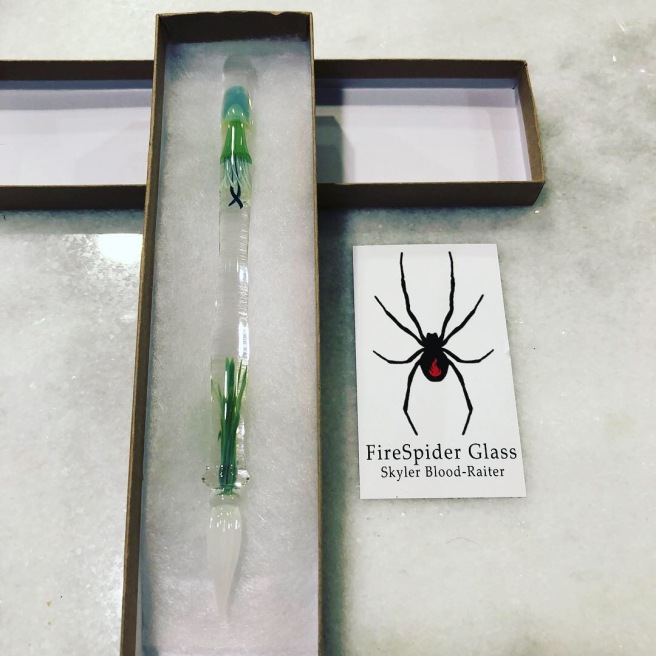 And when I think back to my first glass pen, I realize that this one is much better made. Although I shouldn’t really be surprised since it was a road side vendor for tourists.

If you don’t know who ‘Peter Draws’ is, you should check him out. I stumbled upon him while watching YouTube videos one day and ended up seeing his review of a FireSpider Glass dip pen. That was it for me, I knew that if ever I was going to buy another glass pen, this would be it. 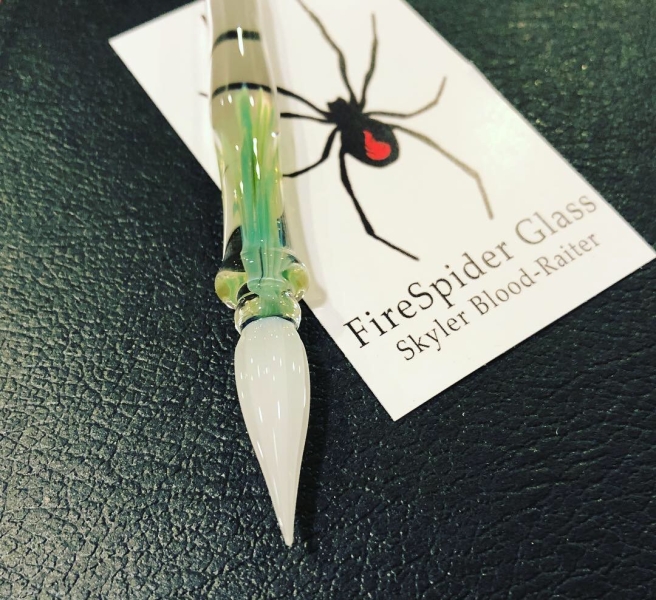 It’s taken about a year of following Skyler Blood-Raiter’s (that is the coolest name ever!) instagram for me to finally pull the trigger and buy one. I knew I wanted a glass pen with a white tip because I thought it would showcase the ink much better overall. So I ended up choosing one called the Implosion Grip Jellyfish Pen, although some of his Galaxy pens were very tempting. 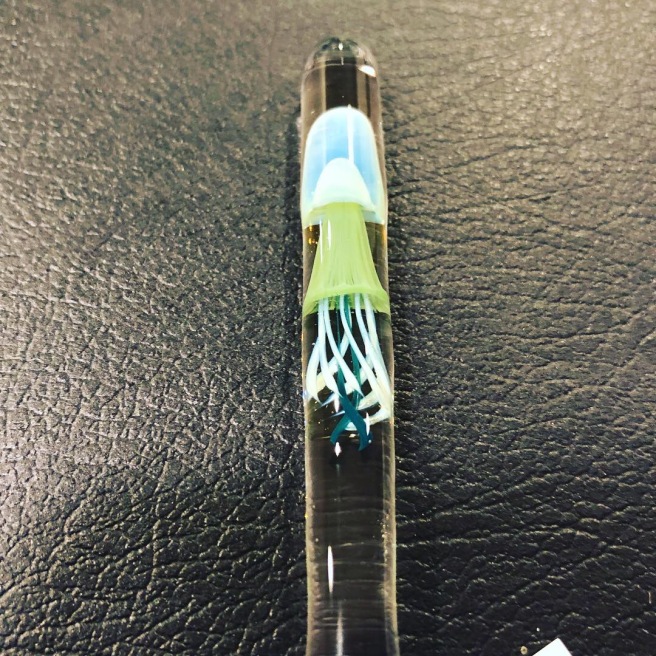 Using it has been a total pleasure. The glass nib is so smooth that it glides right over fountain pen paper, and the fissures on it keep the ink flowing for much longer than I would have expected before I have to dip it into ink again. The grip on the pen is comfortable and it’s weight is substantial enough to feel like you’re writing with a regular fountain pen. 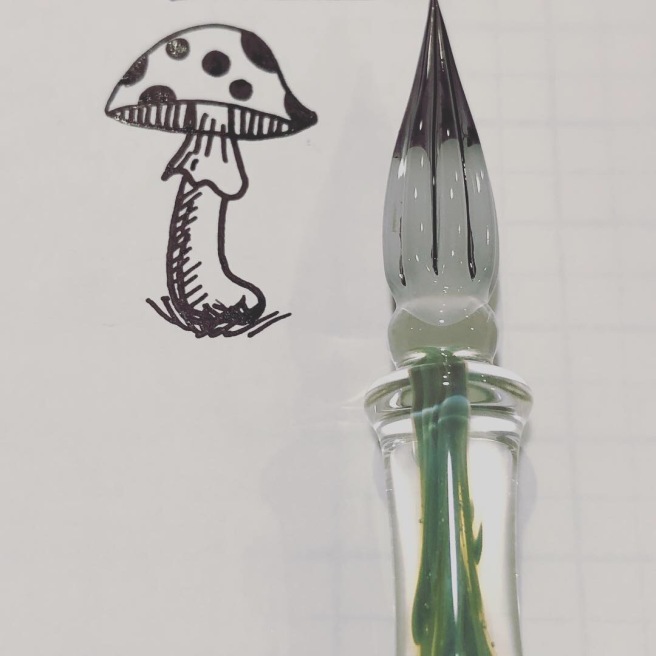 The one thing is, that I’m scared of dropping and breaking it. But I guess that’s the kind of fear that comes with any glass object. It’s just soooooo beautiful, I’m in awe of the artistry it took to make it and since I’m a generally clumsy person, I find myself looking at it more than writing with it. I’ll have to get over that fear though, because it’s a pen that deserves to be utilized. 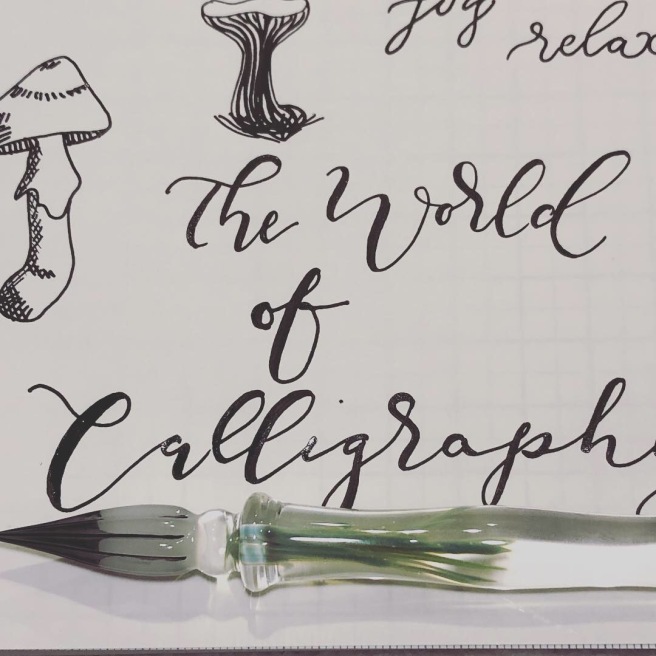 As for the price. These pens go from anywhere between $75 and up. I believe you can also order a custom glass pen from him if you’re interested. If you scroll through his testimonials you can see that he once made a cuttlefish nibbed pen for someone, that is pretty badass looking. 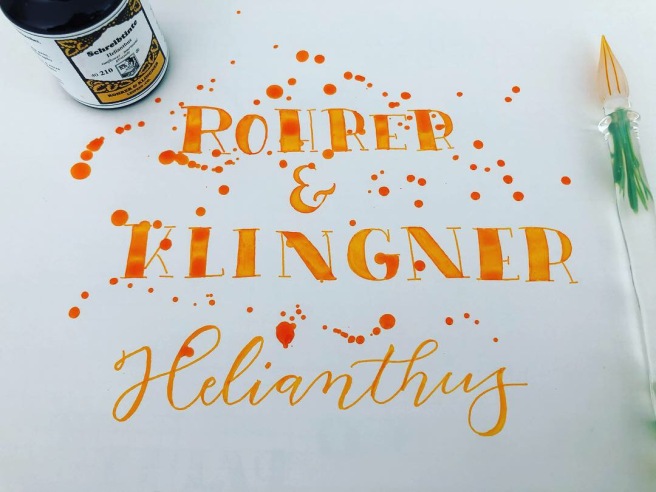 In the end wether I use the pen or not, it’s still a gorgeous piece of art worth mention.

Thank you For Reading!