If I could talk about a stroke of luck, I would put this pen on the very top of my list. Sailor pens to me, are like a constant treasure hunt, they hide they’re most interesting pens on remote Japanese websites that you have to search for. 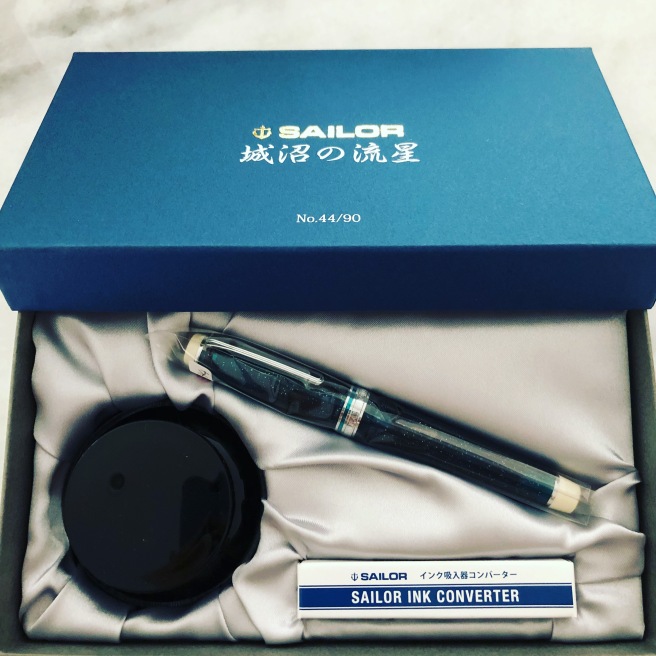 Which is where I found this pen. Instagram pointed me in the right direction, but I had to google and google and google until I came across the right website. Ok, I’ll be honest, all I did was google Mitaclub Japan and it came right up. It’s a Japanese stationary store, that I would gladly go visit in person if I ever have the funds and time to travel to Japan. 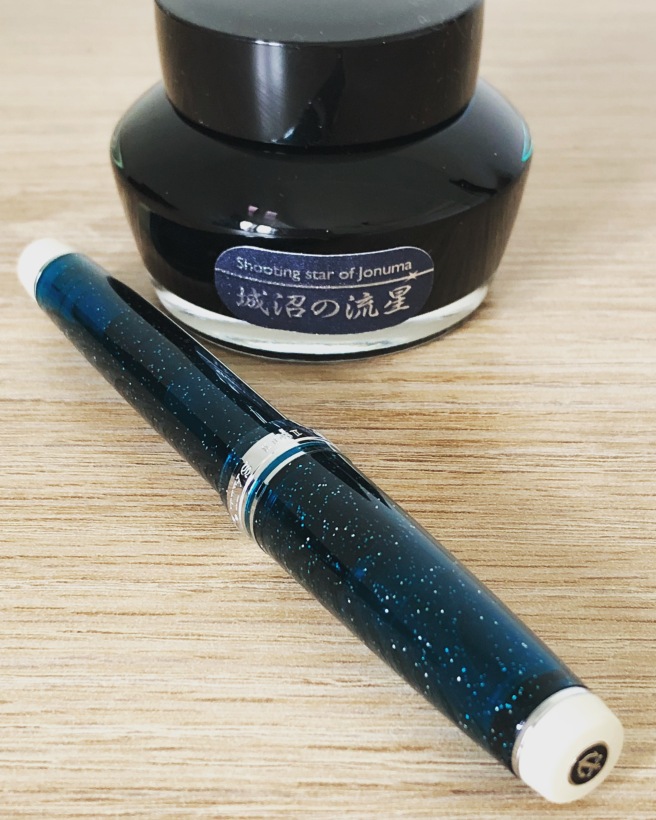 I ordered it on a Wednesday and received it five days later. That’s the type of international shipping I like to see! Now, if you’re expecting this pen to be affordable, (kind of like I was) you’ll be disappointed, it’s not.  The price includes shipping and unfortunately a nice hefty fee from PayPal in the exchange rate from dollars to Japanese yen. So frowny face.

They had a few other pen options to choose from, but since it was going to be expensive anyway, I opted to order the pen that came with an ink because the price difference wasn’t large enough to make it worth it. Why not get more, if the price is gonna be the sameish?! 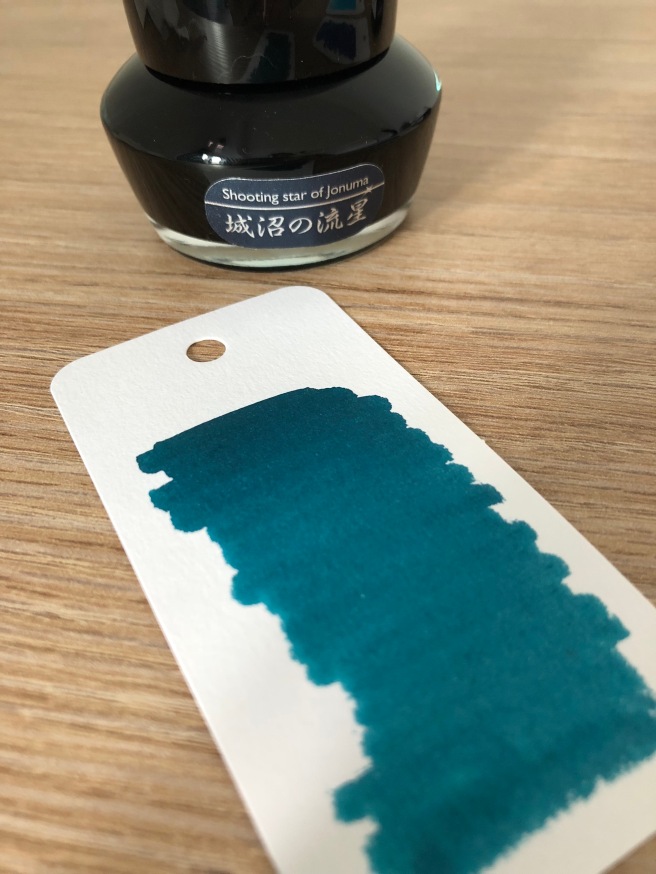 The ink is called Shooting Star of Jonuma, which corresponds with the pen. And it’s a beautiful blue/green color that is the same as the barrel of the pen itself.

I’ll have to be completely honest, I haven’t put this pen down since I received it a few weeks ago. I use it on the daily and it has become my personal favorite. It’s incredibly smooth to write with, the nib despite being MF is quite wet.

The other thing that impressed me was the weight and girth of it. It’s slightly longer and slightly wider than the Sailor ProGear Slim. And even though that difference is very minor, it makes a big difference in how it feels in my hand. The extra weight makes it perfect for me.

Sailor Cocktail Series here I come. Have you seen the Sailor Blue Lagoon Pen? I would buy it tomorrow if it wasn’t sold out.