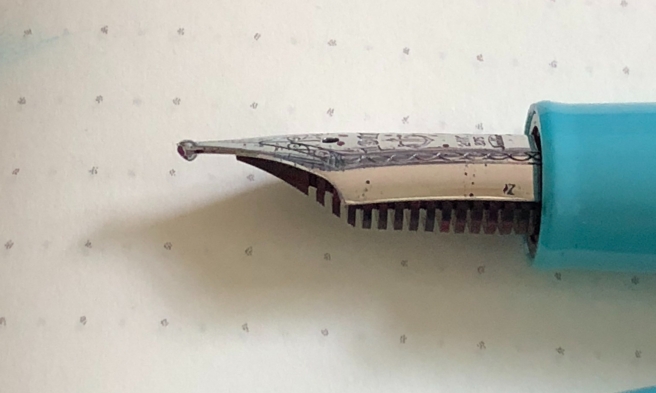 If you couldn’t already tell I’m a pretty big fan of broad nibs. I like seeing those clean thick lines. And a double broad nib is on my wishlist. So when I had the liberty to see what the zoom nib could do in person, I didn’t pass that up.

I’d heard of the zoom nib, and seen it as an option when I was browsing sailor pens, but that’s as far as my knowledge about it goes. However at the Atlanta Pen show there is always an opportunity to look at nibs and test them on available paper at the booth. The zoom nib was the first nib I wanted to see and test.

I was told it was comparable to a double broad nib and that depending on how the pen was held, it went from a broad line to a fine line. Kinda like the Trilogy nib, but on a much smaller scale. 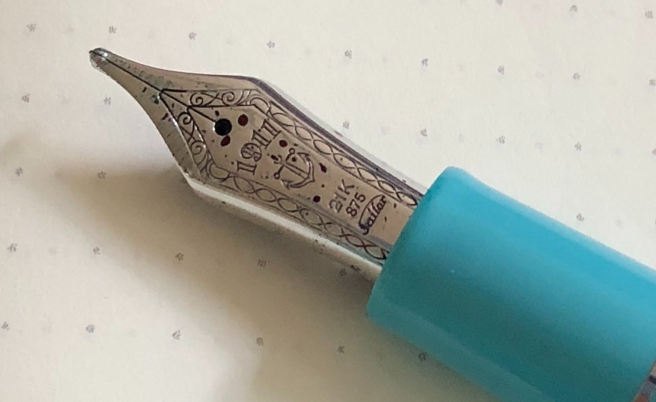 I was kind of skeptical because when I see that rounded end I just automatically assume it acts like a normal nib, see that’s how uneducated I am on types of nibs and what they do. I am a total newb in that respect. 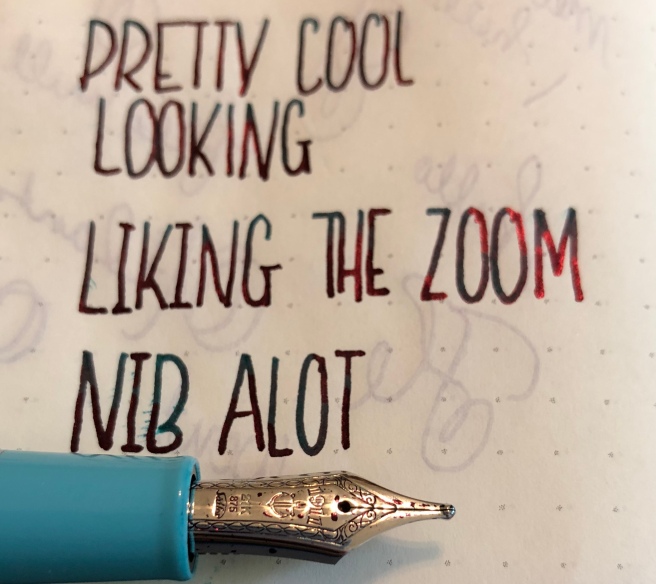 It’s not a substantial difference, but it is noticeable. Using the back of the nib makes a line about the same consistency as if you held it at 90 degrees. 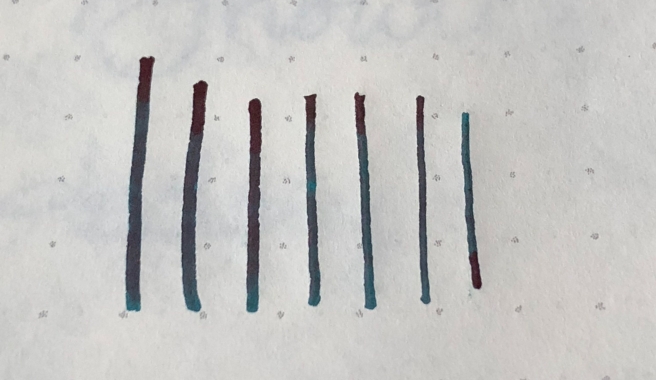 If I had to compare prices, the Large Sailor pen in Fresco blue with the zoom nib is around $8 more than a Trilogy nib. But you are getting an entire pen with it. So. . . I’d say if you wanted to try something new but didn’t want to spend all of your money just on a nib, this would be how to do it. It still gives you the nice ink shading, while also allowing you to take it to work and use it as a regular pen. 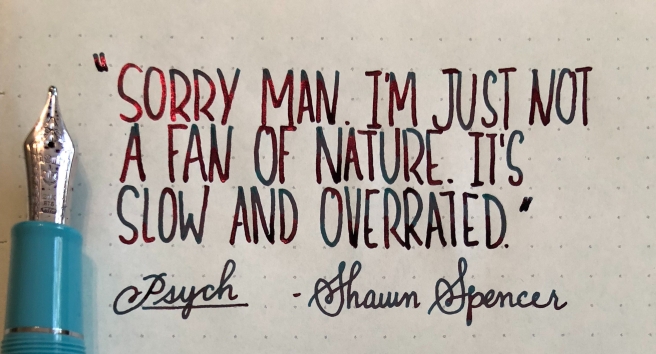 What has brought this brand to my attention is all the different types of specialty nibs it has had in its line up. The king eagle, the Cross Point, the Togi, just to name a few. It has the largest variety I’ve ever seen, than in any other brand. And that makes Sailor pens one step up from the competition. It also keeps them on my radar, because I want to know when those nibs come back in stock, or when something new shows up.

But pen’s are expensive, that’s the long and short of it. And Sailor pens can get up there in price. When a pen is as expensive as a used car, I tend to just back away slowly and avert my eyes.

This particular Sailor 1911 isn’t as expensive as others. It is in the beginning of the sliding scale as far as price is concerned. I would not however call it cheap, it’s all about how much you want it and how much money you’re willing to part with, to get it. That’s how you can determine where you draw the line in the sand on what you’re willing to spend.

Sailor pens have an all around good reputation and I haven’t found anything to refute that. It’s smooth, it’s wet, and it showcases inks nicely. My line in the sand is simple, as long as I don’t regret my purchase, then it’s an all around good day. 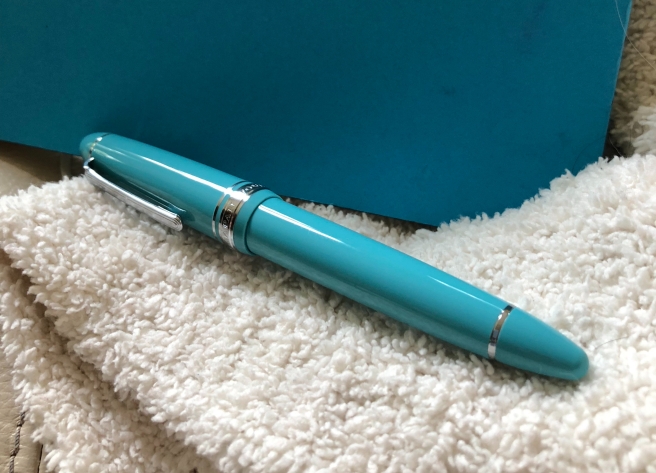