I love any company that will offer up a free ink with the purchase of a pen. And thats what the Birmingham Pen Company was doing when I purchased this orange delight.

It’s true, there’s nothing I love more than a sale, but that wasn’t the only reason for purchasing the Liquid Hot Magma Pen. Sure, I’ll be honest, it was a very large part of the equation, but primarily it was the vibrant color of the orange and white swirly barrel that made me click that buy button. 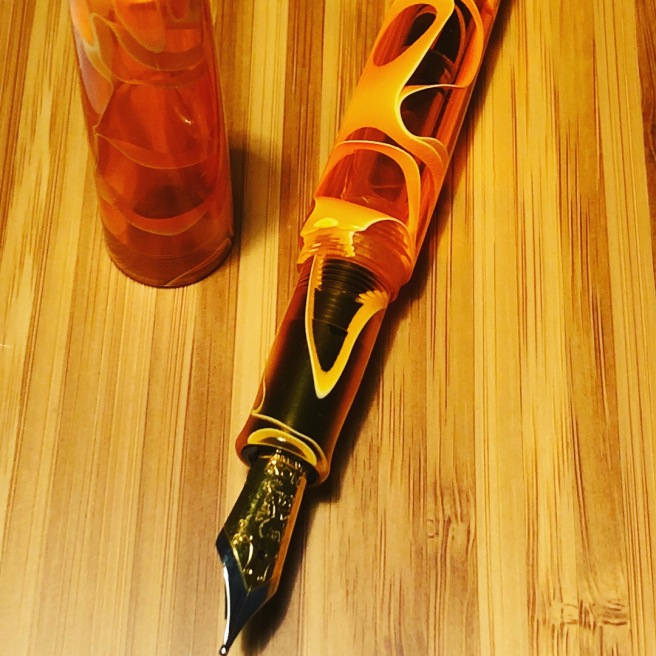 Although that’s a big surprise in and of itself, because I am not a big fan of the color orange, or yellow for that matter. But when this pen hit my instagram feed I instantly gravitated toward it. It’s not the kind of orange color that makes me shade my eyes, rather it drew me in like a moth to a flame, a Liquid Hot Magma flame (wink wink chuckle chuckle).

It’s also a demonstrator with a Knox nib. Previously I’ve purchased a knox nib from amazon and replaced the standard nib in my Moonman M2 with it. So I already knew the nibs were gonna be the smooth writing kind that I would enjoy. I chose the broad oblique nib and I was not disappointed. 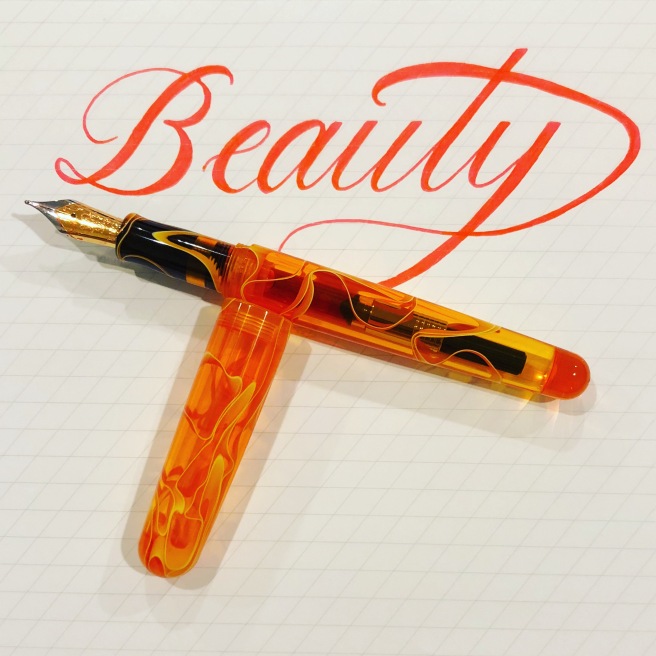 Yes it’s an acrylic pen, and I did buy the pen and the ink together for around $90, which I do consider on the pricier side of things. But it doesn’t feel cheap, you can tell that it was made with care. It has a nice thickness to it and it looks even better up close. The way that ribbon of white is inlayed into that orange, is just all kinds of mesmerizing to look at. 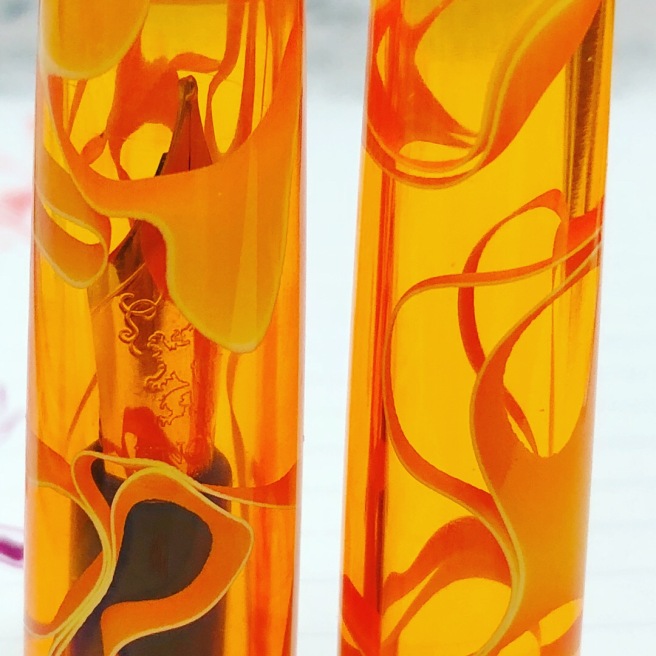 One of the best parts, is the large selection of nibs to choose from, not just Knox nibs, but Nemosine as well. I love when I can even further customize my own pen that way. And to add to my overall bounty I’ve also found that my Diamine Coral ink, is perfect for this pen. I love the two of them together like nothing else, they just work!

I’ll be very interested to see what else the Birmingham Pen Company puts out.