So I was looking for a Urushi Pen, but I didn’t just want any old one, lol. (As if any Urushi pen could be anything less than stellar regardless of where it came from). What I mean is, I wanted one that was custom, and handmade. There are two small pen companies that I’ve come to really love, The Carolina Pen Company and Artus Pens. So it was natural for me to choose from one of the two.

Ultimately I picked Artus pens. I chose a Blue Emperor Urushi aka nuri pen with a 18k gold medium nib.

I personally don’t think the color reads as blue, more a dark purple that reminds me of thick storm clouds.

I saw the below picture of it on Instagram and I was hooked. 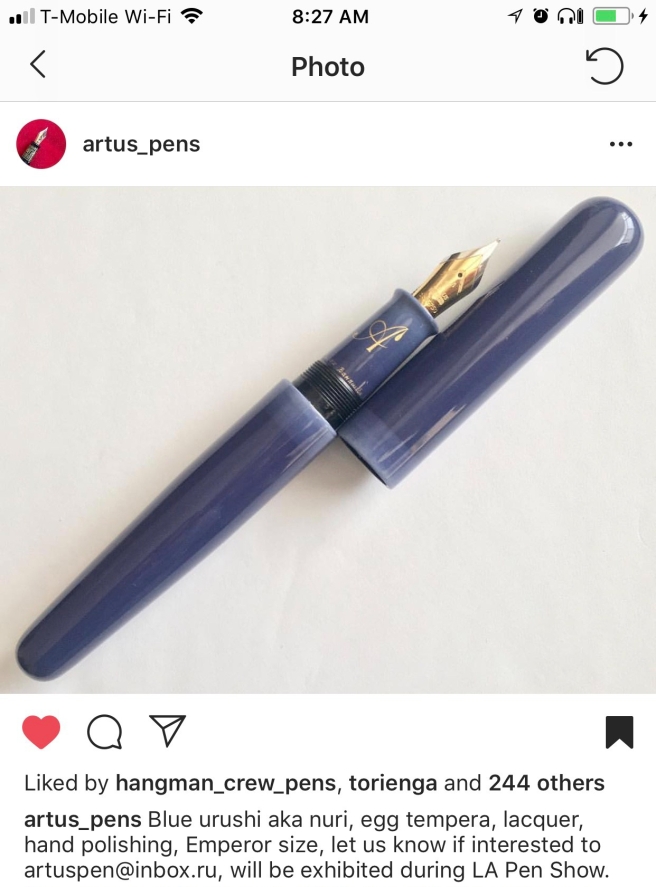 They have a website and it was very easy to contact them and ask for a price and shipping. And yes, when not touring pen shows, they headquarter in Russia, so be aware of that.

I had a budget that I wanted to stick to, and I was lucky enough that they worked with me in that regard. So despite it being a very expensive pen, it was within a price range I was willing to spend. 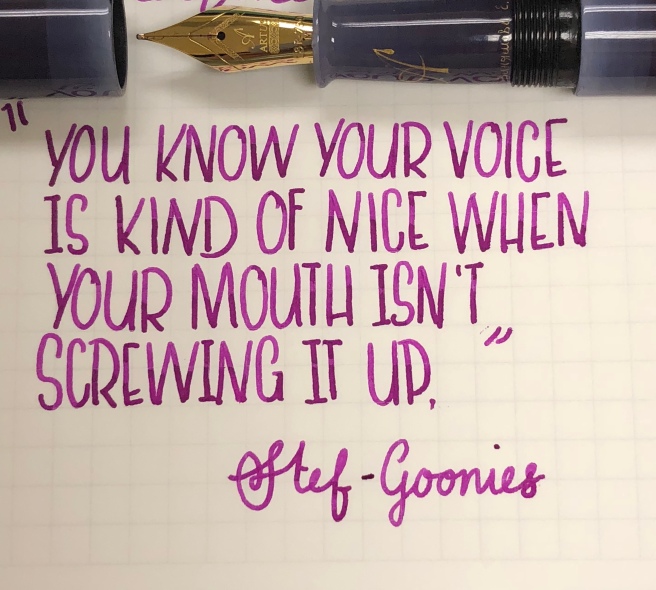 The nib, although quite regular, is super smooth and wet. It glides over paper and is an incredible pleasure to write with. There is a notable difference in gold nibs versus steel nibs I’ve learned. As an emperor pen, it’s also quite large, and is in fact, easier to write with when the cap is not posted. Otherwise it’s quite heavy.

Below is the Artus Urushi pen next to a Sailor 1911 large and some others, to help give you an idea of the size.

I personally like writing with larger pens, so emperor pens are my favorite. But the grip on this pen is tapered for comfort and it fits in my hand just right.

It’s such a beautiful pen, that when I first received it I wanted to hide it away like a treasure. But then I would’ve miss out on writing with such an amazing pen, and that seemed like a total waste. So now I hide it away only when I’m rotating my pens lol. 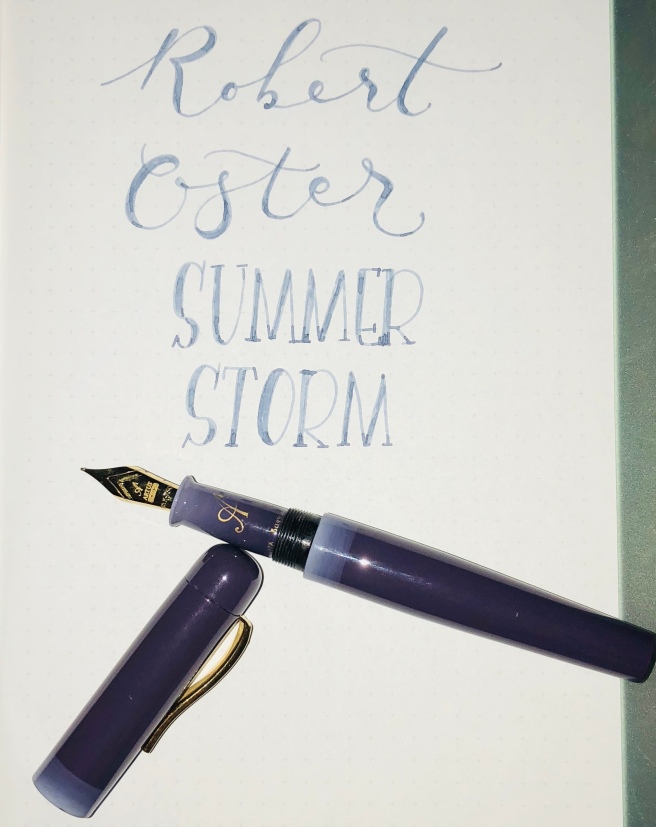 If you’re looking for your own little treasure, don’t overlook Artus Pens (artuspen.ru). Check them out, you won’t be disappointed.

Thank You For Reading.