I’m more of a Modern Calligraphy type gal, I’ve had a dip pen in some form or another since I was a kid.

Gothic Calligraphy on the other hand has always been an art form I appreciated at a distance, mostly because I really didn’t know where to begin if I wanted to attempt it.

When things I do attempt don’t immediately come easily to me I get really really lazy about them, because practicing sucks, especially if you don’t see any progress. That’s probably why I thought trying the Pilot Parallel might end up being the same old thing.

But that really wasn’t the case at all. I’ve found that practicing with the parallel has been very easy and I love the results. 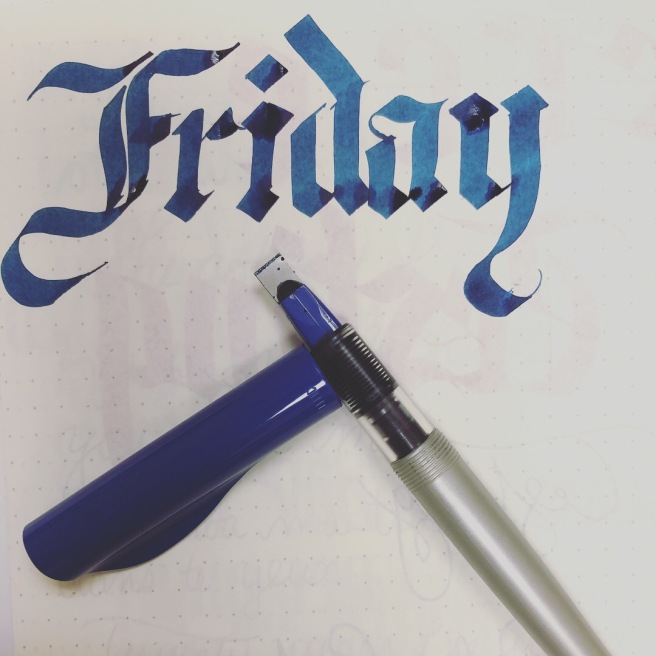 I might not be the next best thing in Gothic Calligraphy, or calligraphy in general, but at least it doesn’t look like nonsense anymore.

Download a couple free worksheets, watch a couple youtube video’s, and you’re basically all set. But it really is all about practicing (even though it sucks). I start by copying letters I see that I like, and then over time change them little by little through trial en error into something my own. 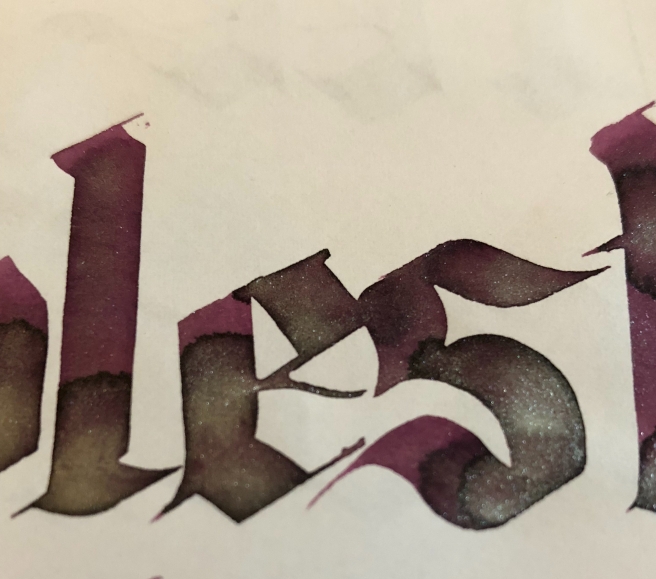 Just writing the alphabet over and over again has never been something that interested me. I find it totally boring and counterintuitive to my learning anything. So in order to keep myself interested I’ll watch a movie and practice words that I hear while I’m watching a movie. Or find quotes, or poems that I enjoy, and practice by writing them down. Most of the time, what I write is totally nonsensical taken out of context.

The pilot parallel is also very inexpensive and available at most art stores. They also offer different sized nibs. This one I have is 6mm, and I chose it because gothic letters are easier for me to write when they’re bigger. I tend to fall back into modern calligraphy with a smaller nib.

Just thought I’d share my experience with this pen. I’m still a beginner myself, but if I can fuel your passion for writing, than all the better.