So I love pens. I love writing with them and drawing with them, plain and simple. But finding the right flex pen I’ve learned is quite difficult. Having used calligraphy dip pens for some time, I’ve become very picky when it comes to flex nibs. If it doesn’t make that ultra thin line on the upstroke that I’m used to, than I’m less inclined to enjoy writing with the pen, not because the pen is bad, but because I don’t find it as aesthetically pleasing to write with it. I want the upstroke to be comparable, if not to a Nikko G nib, than at least a needlepoint nib. But that’s just me personally. 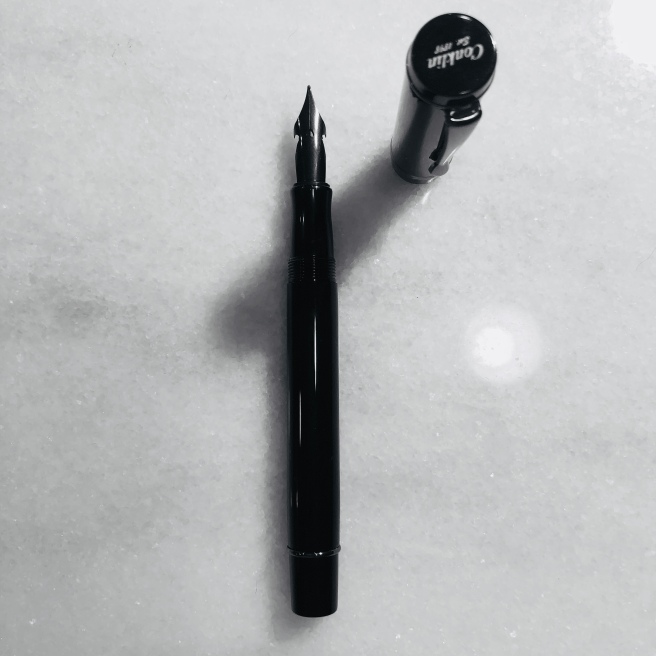 The Conklin Duraflex is a beautiful pen. It’s sleek, clean and glossy. The nib itself looks badass too. It’s a looker for sure. It just wasn’t the flex pen for me. Because as you can see below, it has that little tinny snub nose at the tip of the nib and that means the line is naturally thicker than I want it to be. 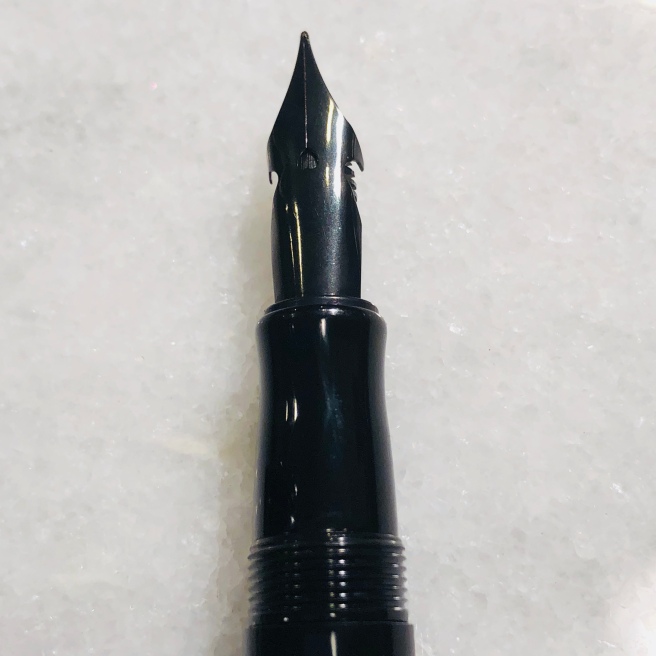 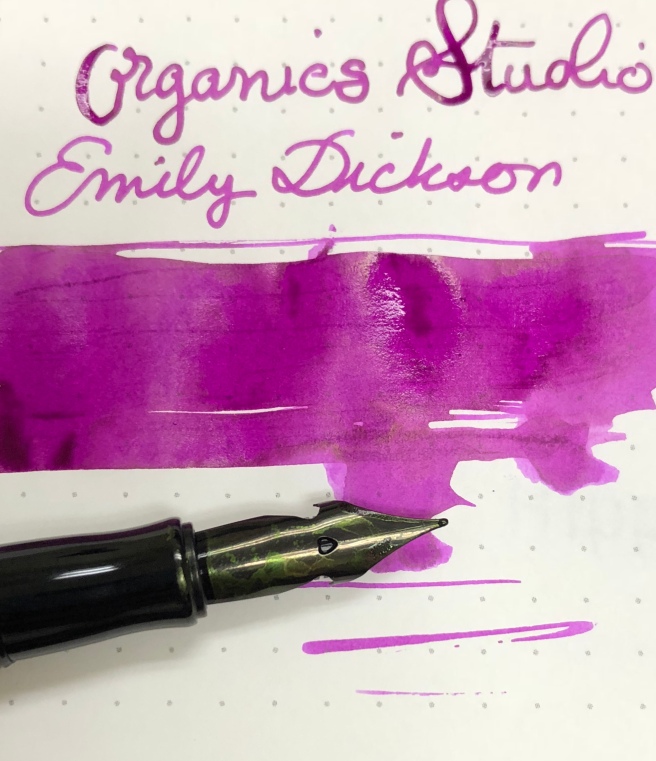 The way it wrote reminded me too much of a medium or broad nib, which after some thought and consideration I ultimately decided wasn’t the direction I wanted to go with in a flex nib. So even though I thought the pen itself was beautiful and well made and I liked it, I decided to sell it.

However, despite my personal opinion on the Duraflex, I would still consider it a very good affordable flex pen. If you’re looking for a step up form the Noodler Ahab, but don’t want to spend over $100 bucks to do it, this would be a good pen to consider.

My own search for the perfect flex nib Continues.