If you’re someone who loves fountain pens, than there’s a good chance you’ve heard of Pelikan. The brand has quite a loyal following, and it seems like collectors who buy one, almost always end up buying two or three. I’ve seen entire collections made up of only Pelikan pens. So you can imagine my curiosity.

I knew I wanted a Souveran, but not a traditional color. So I settled on the Souveran 605 white transparent. 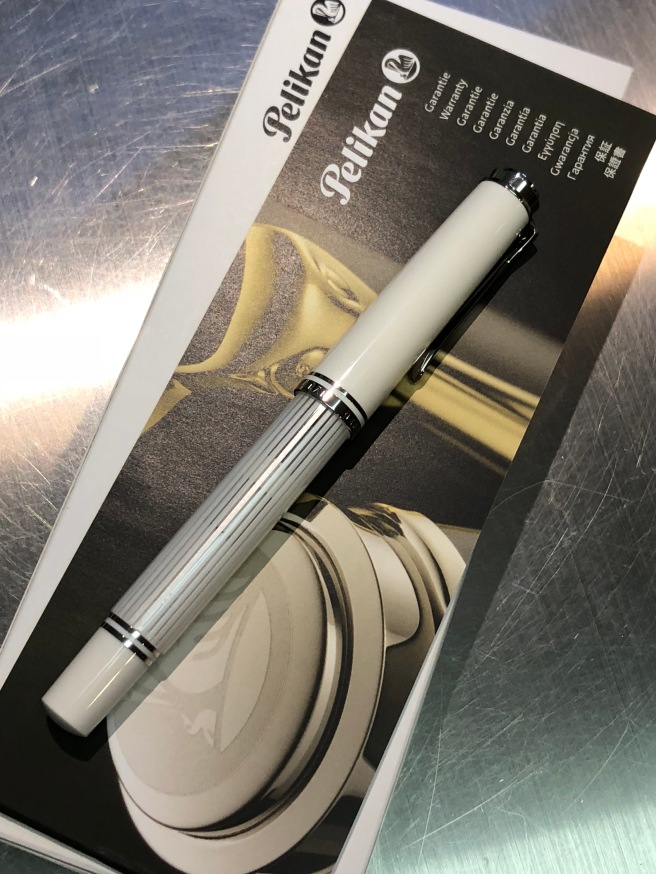 And no, it’s not an inexpensive pen. To date this is probably the most expensive pen I’ve purchased. My wallet sulked for a good week after this one.

I don’t know why I wasn’t really expecting much. It’s just a pen right? Whats the big deal?

Admittedly, I was very wrong. 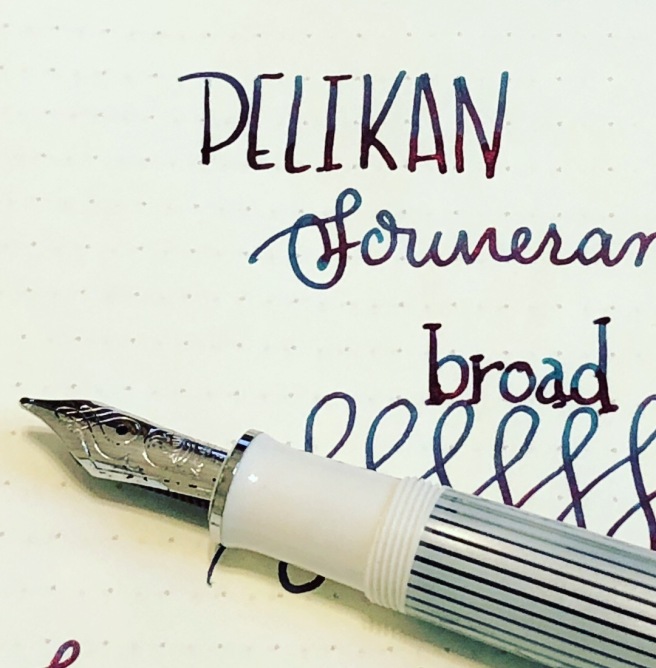 I was so blown away by this pen, that I immediately pulled out all of the other pens that I’d inked and tested it against each one of them. I even went so far as to have an innocent bystander test all my pens, and tell me which one she liked best. Hands down, the Pelikan pen won. 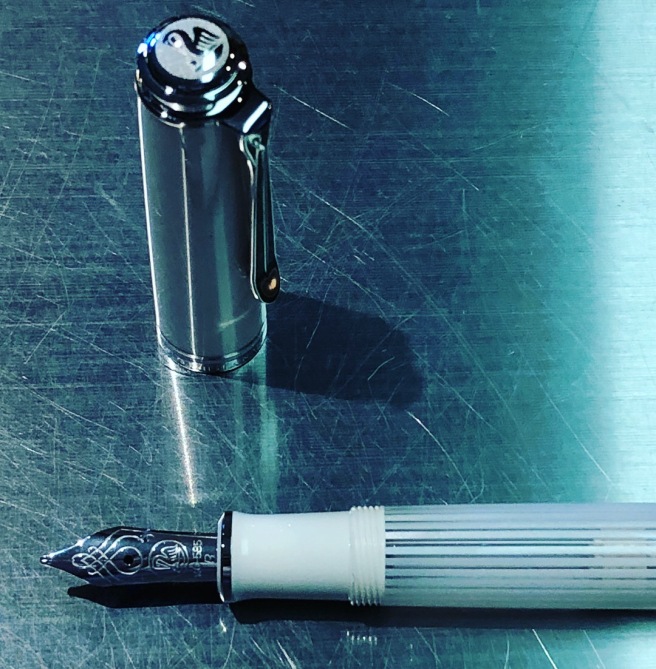 The difference is subtle. It’s like you don’t notice these small things UNTIL you’ve written with a Pelikan pen, and then you do.

If you look at the picture above, you see that there’s a small flare of the barrel right before the nib, where you would put your fingers. I don’t think there’s a more comfortable pen to hold, your fingers just naturally fall beneath that flared edge and lie there perfectly. 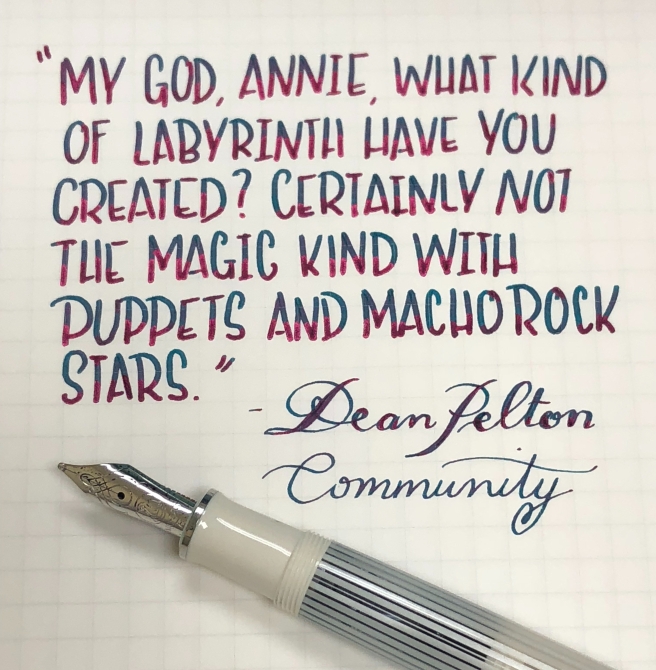 And it doesn’t just write, it glides over paper. The nib is so soft and smooth and wet. I chose a broad nib, and I’m very glad that I did, because I love the way this pen writes. Sometimes with pens, you can feel the paper as you write, it’s not a scratchiness, just a feeling that I don’t really have the words to describe. I don’t have that feeling with the Pelikan pen. It feels like writing with liquid. 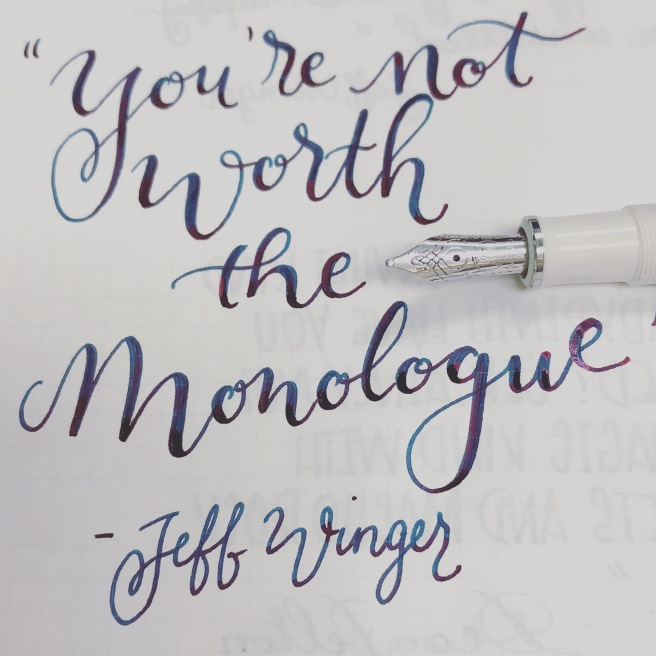 Just like every other pen? No, I don’t think so. Pelikan is in a league of it’s own. And that innocent bystander that tested my pens, she now wants this pelikan pen for herself. And I want to add another one to my collection.