For those who have tried Journaling and like me have been total and completely unsuccessful at it, the creation of bullet journaling and the 5 year memory book, have been my memory savers. It turns out that all I needed to make a successful effort at keeping memories written down was, to write LESS.

When I was younger I always wanted to be the kind of person who kept a journal, but all my attempts ended in failure, because I never had very much to write about, and I also had a hard time remembering to write in it at all. It also seemed like soooooo much effort. 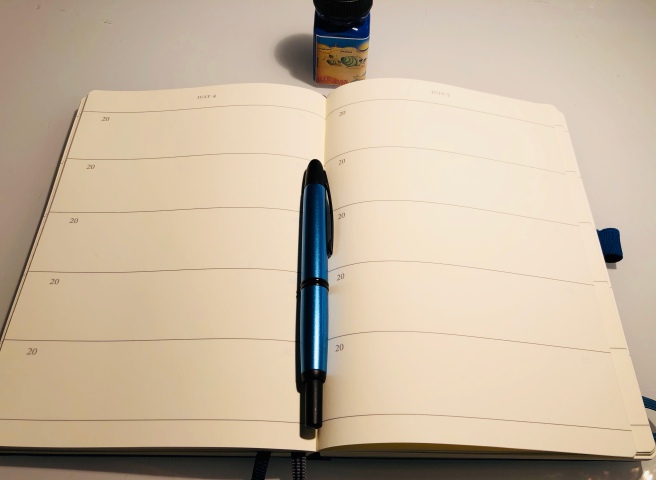 The movies make it look so easy! Like it’s nothing to recall a conversation word for word and recreate it later in your journal. But that is NOT the case. At least not for me. I honestly can’t remember writing down any conversations that I’ve ever had. And that’s why this 5 year memory book is so great. I only have to remember the most important moments of the day and write a paragraph about it.

And if there isn’t an important part of my day because I’m at work and those days are as ordinary as ordinary could be? Then I can just write less, and still feel like I’m fulfilling my goal of keeping a journal. If only someone had told me sooner that it doesn’t always have to be a Pulitzer price winner, I might have done this sooner. 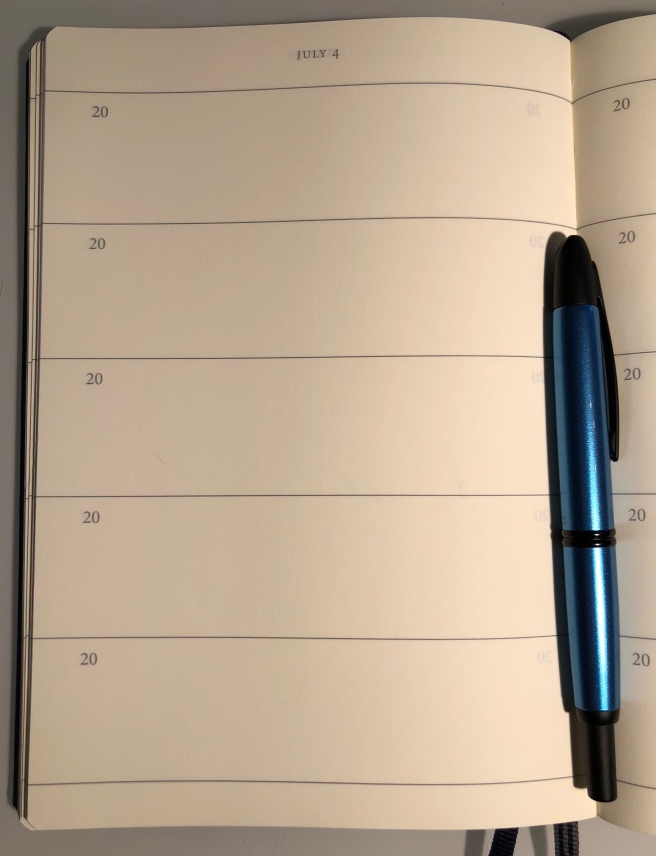 I would not use a fountain pen with this book. I’ve tried, and it doesn’t end well, the bleed through and feathering is bad, even with a needlepoint nib. But I will willingly write with a ballpoint pen just to be able to have something to look back at 5 years from now.

I loved the idea of this book so much, I bought one for my sisters birthday and since she just recently had a baby, it’s turned into a baby book of sorts for her. And like myself it will also be the first time she’s successfully kept a journal.